Video Events at The Kitchen

Posters for a 1970s program at The Kitchen in New York. They served not only to promote a unique space for the time, but also to make an original artistic statement and create an identity. Their graphic diversity illustrates the variety of collaborations with artists and artistic disciplines that were given space on the boards of the electronic theatre. 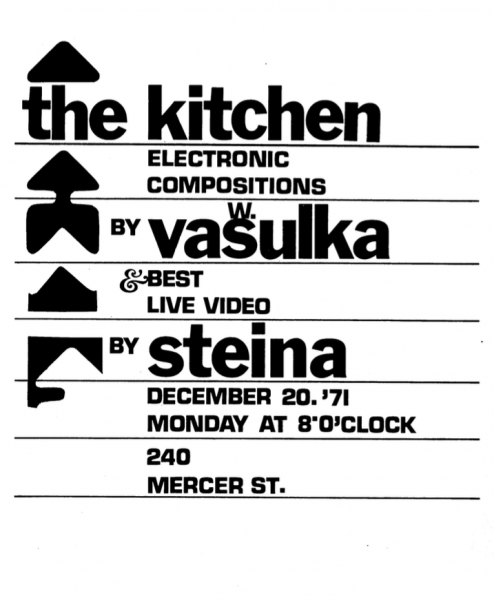 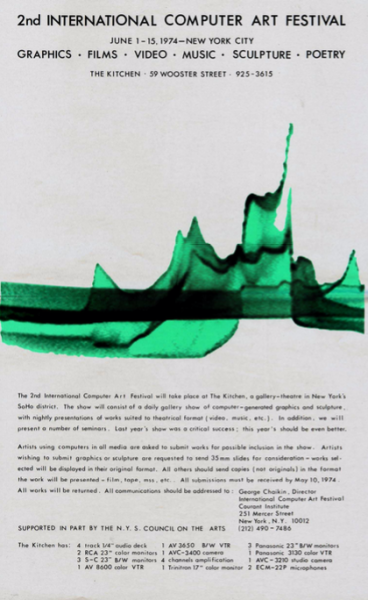 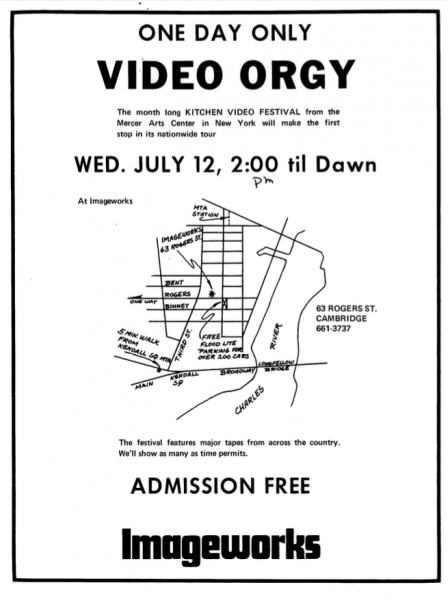 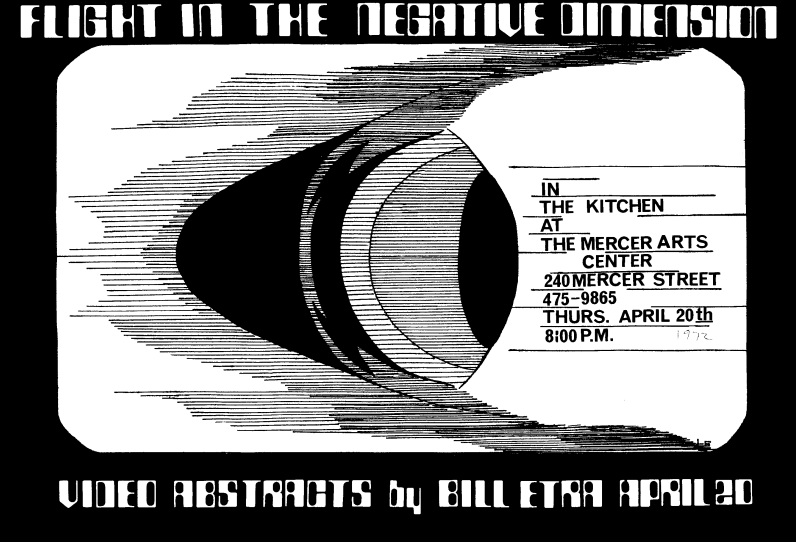 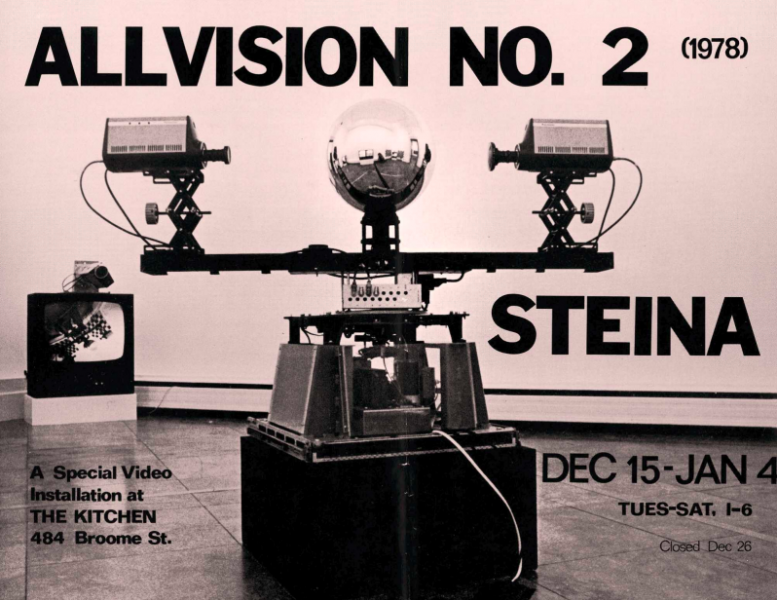 Among the performers in the early years of The Kitchen are a significant number of artists who are the most important pioneers in the field of video art (e.g. Bill Etra, Aldo Tambellini, Stephen Beck, Ed Emshwiller, Erne Husella, Nam June Paik and Charlotte Moorman, and Walter Wright), as well as other artistic fields such as experimental theatre, performance and music. The Kitchen also hosted film screenings (notably showing Swerdloff's films on ballet, works by Nam June Paik and Jud Yalkut). (I)n its early days, The Kitchen hosted important festivals - the Video Festival, the Computer Arts Festival and the Women's Video Festival (the main organizers were Shridhar Bapat, Dimitri Devyatkin and Susan Milan). For the first edition of the Video Festival, a press release was issued in June 1972 announcing that they would present tapes of any length, without censorship or editing interference. The second edition was held the following June, and again featured a showcase of computer graphics and sculpture, nightly screenings, music, and seminars. The International Festival of Computer Art, mainly organized by Dimitri Devyatkin, was held in April 1973 and included experimental works of computer graphics at the interface of art and science, afternoon lectures, workshops and a symposium, and an evening programme of music, video and film.

From the book Dialogue with the Demons of Instruments: Steina and Woody Vasulka (published by the Academy of Performing Arts in Prague in 2011, pp. 74-75), written by art historian and curator Lenka Dolanová. 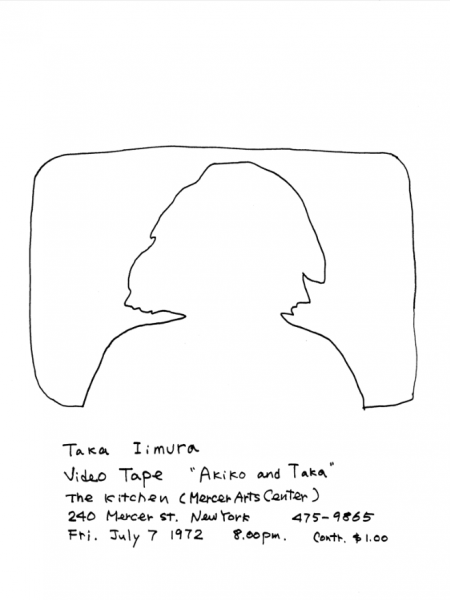 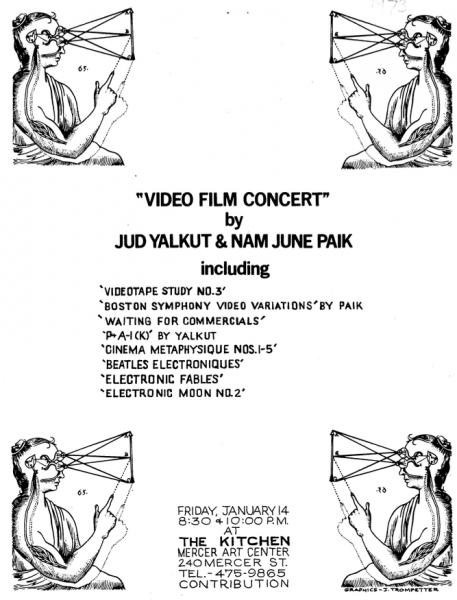 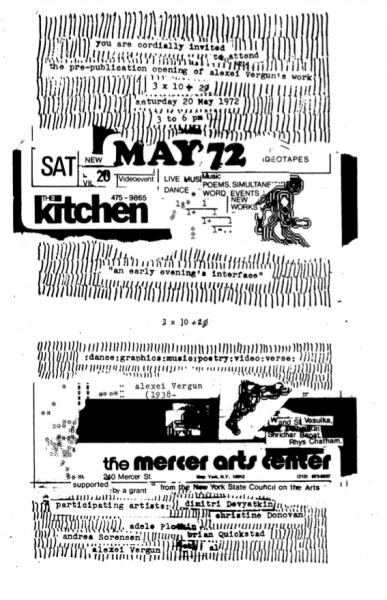 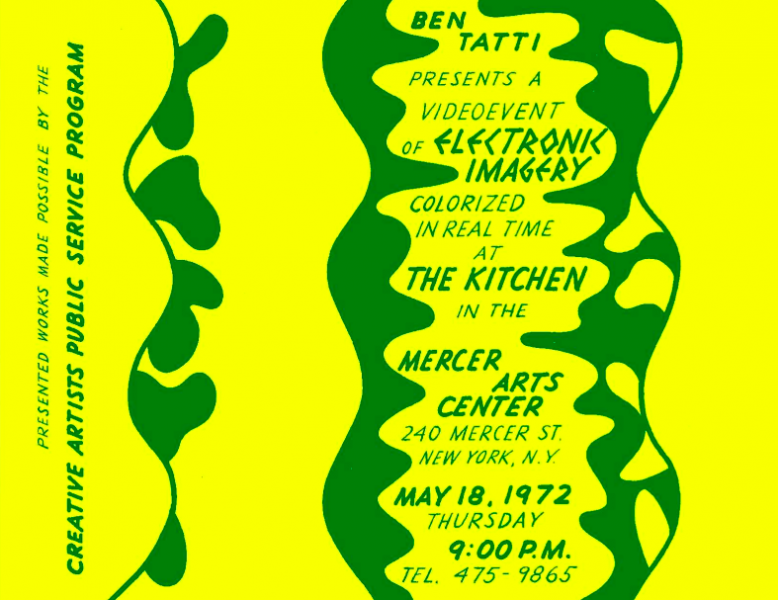 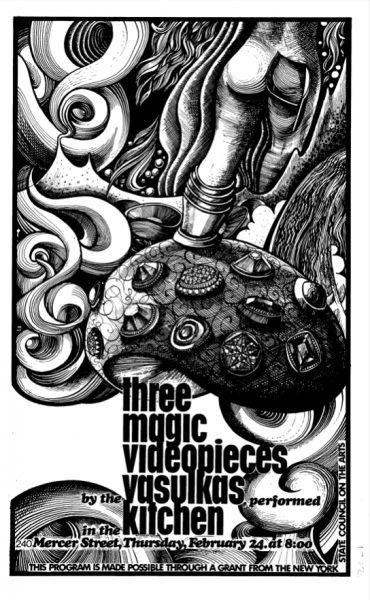 The posters are from the unprocessed archive of Vašulka Kitchen Brno, all of them are subject to copyright.