Woody Vašulka was born on 20th January 1937 in Brno-Slatina as Bohuslav Petr Vašulka. From 1954 to 1958 he studied hydraulic mechanics and metallurgy at the Secondary Industrial School of Engineering in Brno. During studies, he played trumpet in a jazz band and began to call himself Woody after his role model, American jazz saxophonist Woody Herman.

In 1965 - he graduated from the Film and Television Faculty of the Academy of Performing Arts in Prague. In the same year, he married Steina and they went to the US to start their joint artistic career in the field of video and electronic media.

Since the 1990s, Vašulka has started rebuilding his ties with Brno and Czech media artists. At the Faculty of Fine Arts at the Technical University in Brno (FaVU VUT) he helped establish the first multimedia art laboratory in the Czech Republic, which he subsequently led.

1994 - At the Hi-Tech / Art show in Brno, the world premiere of the Vašulkas‘ installation Table 3: Friendly Fire from the Brotherhood series took place.

1995 - At the opening of the Hi-Tech / Art show, Steina presented her performance called Violin Power

1996 - As part of the Hi-Tech / Art show, the retrospective exhibition of Steina Vašulka, called Allvision prepared by Tomáš Ruller, took place at the Brno House of Arts .In 1997 part of the presented works were also exhibited at the National Gallery in Prague thanks to the curator Miloš Vojtěchovský.

2004 - Woody‘s exhibition called Iris Prints opened the Gallery of the Fauclty of Fine Arts of the Brno University of Technology. In the same year, Vašulka participated in the making of the world premiere of R.U.R. opera by preparing a video projection. (Mahen Theater, Brno, production: Petr Vrána, director: Tomáš Svoboda.)

2004 - Vašulka received an honorary doctorate from the Brno University of Technology.

2010 - At the lecture organized by the Performance Studio of the Fauclty of Fine Arts of the Brno University of Technology, Vašulka presented his project of the virtual museum in the Second Life environment.

2011 - Vašulka delivered a series of lectures called The Vašulkas: Five decades in a video at the Brno House of Arts. In the same year, Vašulka received an honorary doctorate from the Academy of Performing Arts in Prague.

2014 - Several of Vašulka's works were included in the permanent exhibition of the Museum of the City of Brno titled From the Modern Movement  to the Present. These are the Vocabulary of 1973, the 1980 Artifacts, Time-Energy Objects, and Studies in Digital (1992-1996)

2015 - Woody Vašulka was awarded the Brno City Prize for his lifetime work.

Vašulka Kitchen Brno has co-organized a retrospective exhibition, the Mystery of Memory at the Museum of the City of Brno at Špilberk on the occasion of Vašulka's 80th birthday. Curators: Ilona Víchová

2018 - The opening of Vašulka Kitchen Brno in the Brno House of Art Brno.

Born in Iceland and trained as a violinist, Steinunn Briem Bjarnadottir (Steina) is a major figure in the field of electronic and video art. She received a scholarship in 1959 to study at the Prague Conservatory, where she met Woody Vasulka. They married in 1964 and moved to New York in 1965, where she worked as a freelance musician. She started using video in 1969, and embraced it wholeheartedly when she discovered that, with it, she could control the movement of time. It was the glorious age of the Portapak (used by a number of conceptual artists such as Nam June Paik, Gillette, Nauman, Serra) and of feedback experiments. In 1971, along with Woody Vasulka and Andres Mannik, she founded The Kitchen, a performance space devoted to electronic media.

Her collaborative work with Woody in that period was remarkable for its interworking of audio and video signals: by attaching the Portapak to a synthesizer, they created video images from the audio signal and sound with the video signal (Matrix I & II). The goal of these phenomenological exercises was to explore the essence of the electronic image and sound. Steina's installations often involved electronically manipulated visual and acoustic landscapes. For example, the installation Orka, shown at Iceland's pavilion at the 1997 Venice Biennale, juxtaposed two transformative natural forces - water and fire - which, in their various manifestations (volcanic eruptions, waterfalls, glaciers), reveal the workings of time. In 1991, she undertook a series of interactive performances with a MIDI violin, which let her generate video images as she played (Violin Power).

She performed this piece in analog form from 1971 to 1978. In tandem with Woody, she was awarded the 1992 Maya Deren Prize and, in 1995, the Siemens Media Art prize. In 1992, with Woody and David Dunn she curated the exhibition and catalogue Eigenwelt der Apparate-welt (Pioneers in Electronic Art) at Ars Electronica in Linz. Her installations and videos have been shown throughout the United States, Europe and Asia. Since 1980, the Vasulkas have been based in Santa Fe, New Mexico. 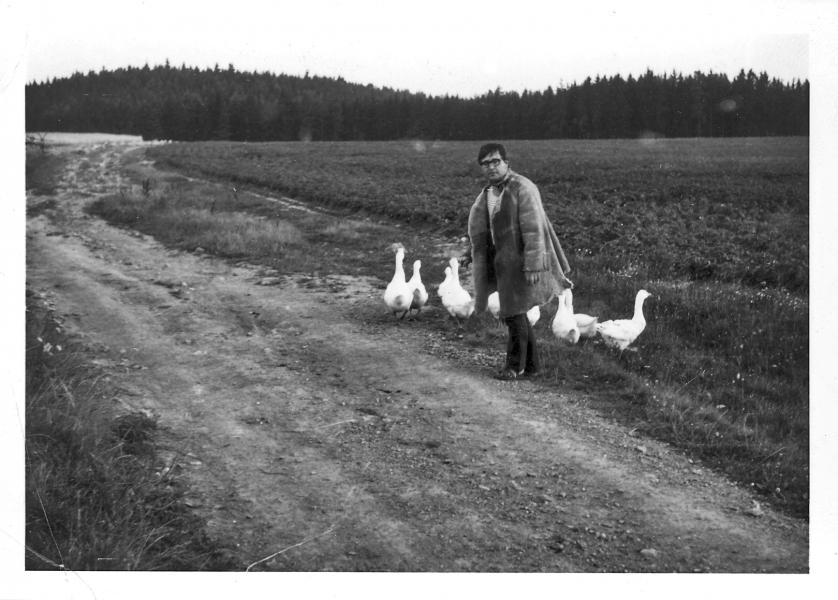 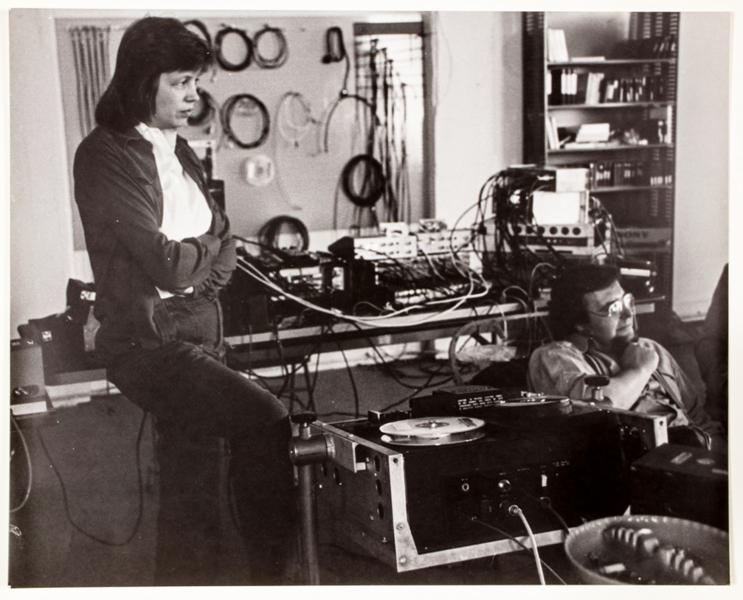 The Kitchen, a curatorial experiment providing one of the first safe-havens for electronic media makers of all sorts, is at the beginning of the rich history of the Vašulkas’ curatorial activities.

The Kitchen was one of the first places dedicated to video and other art, especially electronic music. Vaskulkas' aimed to support experiments based on manipulation of electronic signals, devote themselves to the live demonstration of the video and at the same time to emphasize video as a spatial phenomenon, showing tapes on a series of monitors. The Kitchen program also focused on documentary videos, especially in conjunction with the radical marginal genres of popular culture from underground New York theaters and clubs, and featured documentary-activist video production. All of these areas were largely out of focus on the established gallery scene. Performers in the early years of The Kitchen have discovered many pioneers in video editing as well as experimental theater, performance and music. There were also training programs, workshops and seminars focused on cybernetics, perception, or biological feedback.

Vaskulkas left The Kitchen as early as 1973, but it still exists, although at another address, in the vast area of ​​the former 19th-century ice farm, where it moved in 1985. From a former artistic experiment, it turned into a professionally functioning institution with a gallery and video archive.

Steina & Woody Vasulka are pioneering video artists and founders of the Kitchen in New York, a ground-breaking multimedia performance space. Their collaborations and solo work question human interaction with technology. This trailer is from an experimental documentary - in production - on the Vasulkas by Joan Grossman and Chris Shaw.

Joan Grossman is an independent media artist and producer based in Brooklyn, New York. Her work has been screened in more than 20 countries and won numerous awards. She has worked in Africa, China, Russia, and throughout Europe, and has produced non-commercial media for public interest organizations. She has also worked as U.S. producer on European documentaries and feature films.

Art of Memory (1987) is Woody Vasulka's most finished, dense and technically sophisticated cinematic work. Vasulka uses creative imaging tools to ovelap historical cinema documents against Southwestern landscapes in New Mexico. The images are  shaped into a variety of isomorphic scroll. The raw material for the tape is drawn from the militant history of 20th century - The Second World War, the Spanish Civil War, the Russian Revolution and the nuclear bomb on Hiroshima and Nagasaki. The Art of Memory is an extended meditation seeking to reconcile the blurry images of historic figures with the mass destruction they helped engineer.

The figure of the angel with golden wings sitting on a rock was inspired by Walter Benjamin parable about Angelus Novus. Vasulka combines digital and digitalized images with framed archive material, landscape shots and staged scenes. Each image functions as a perspective; images are overlapped or contain other images.

A Conversation with Steina

A Conversation with Steina Vasulka - 1978, interviewed by Woody Vasulka

Steina: Funtime at the Vasulkas 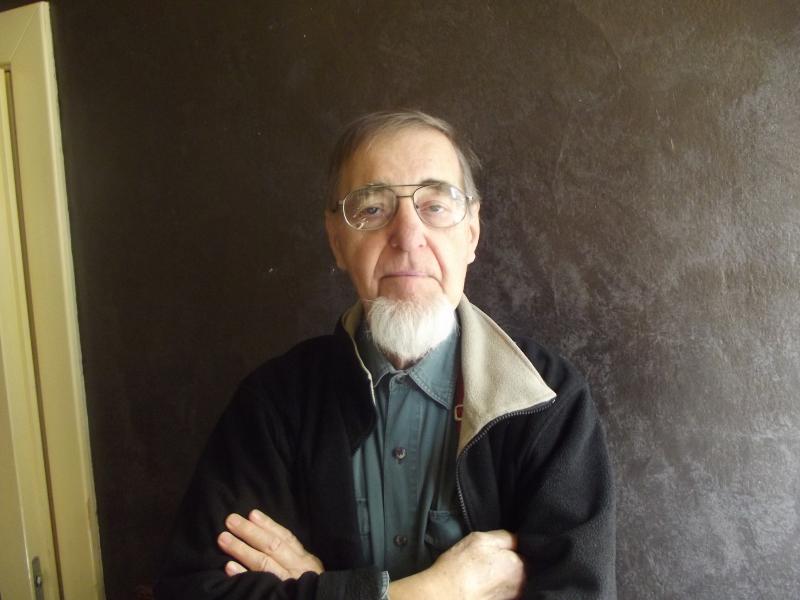