Permanent exhibition: Noisefields – Light Revisited a prints from the Lucifer's Commission series not yet exhibited

The permanent exhibition of the Vašulka Kitchen Brno now includes a selection of large-scale digital prints from the Lucifer's  Commission series, on which Woody Vašulka had worked continuously since the late 1970s. The images are created by scanning and then enlarging glass computer circuit plates that originally came from the Los Alamos National Laboratory (a United States laboratory since World War II dedicated to nuclear weapons research), from where Woody brought them to the backyard of his Santa Fe home. There they were exposed to moisture, temperature changes and other organically induced surface changes, and in this way they are captured in paintings at various stages of destruction.

The hardware prints are somewhat of a counterbalance to the Vasulka's moving audiovisual and procedural works, yet they are characterized by the formalism with which Woody and Steina approached technology and their artworks. On the one hand, they can be read as didactic diagrams depicting the hidden and autonomous workings of machines, which fascinated Woody throughout his life. But because of the degree of abstraction, the colorfulness or the biblical title, they also open up space for the viewer's imagination and interpretation. The non-organic, technological origins of the plates and their militaristic or nuclear context, in turn, invite us to reflect on the relevance of the Vasulka's work to contemporary society and art in general.

The exhibition also includes the installation Noisefields: Light Revisited, which records the birth of a video image from an electronic signal. The image consists of two parts - a circle in the centre and a background filling the rest of the screen. The two components of the image constantly pulse in sync with the sound generated by the activity of the electronic device. One part always displays pulsating colour and the other the rough, unstructured material of the video - the 'video noise'. Spatial projection is achieved by a set of semi-transparent chromatic mirrors that decompose the image in the RGB colour spectrum and transmit versions of it to three projection surfaces in the room. 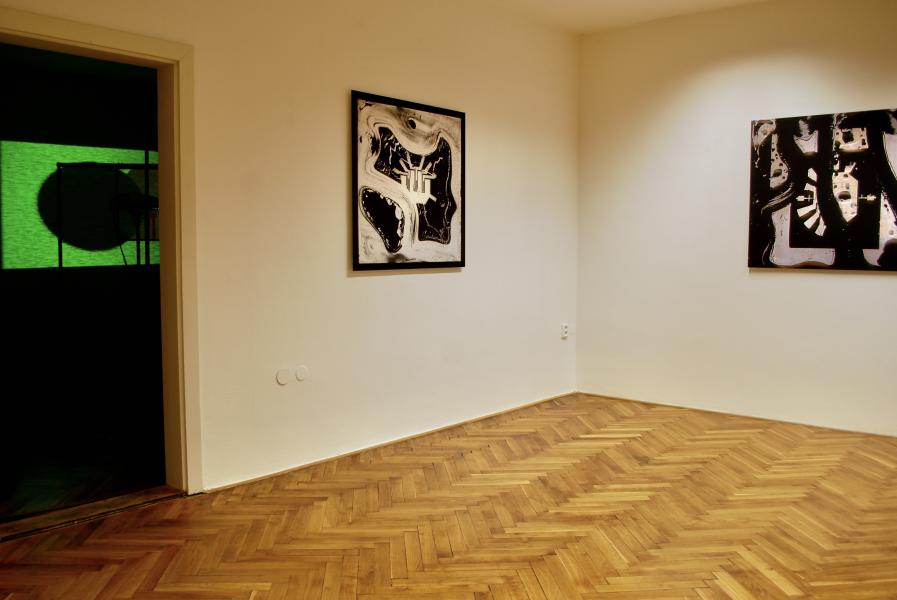 The programme can be realized thanks to the financial help of the Statutory City of Brno and the Minisery of Culture of Czech Republic.