In Their Own Words I. 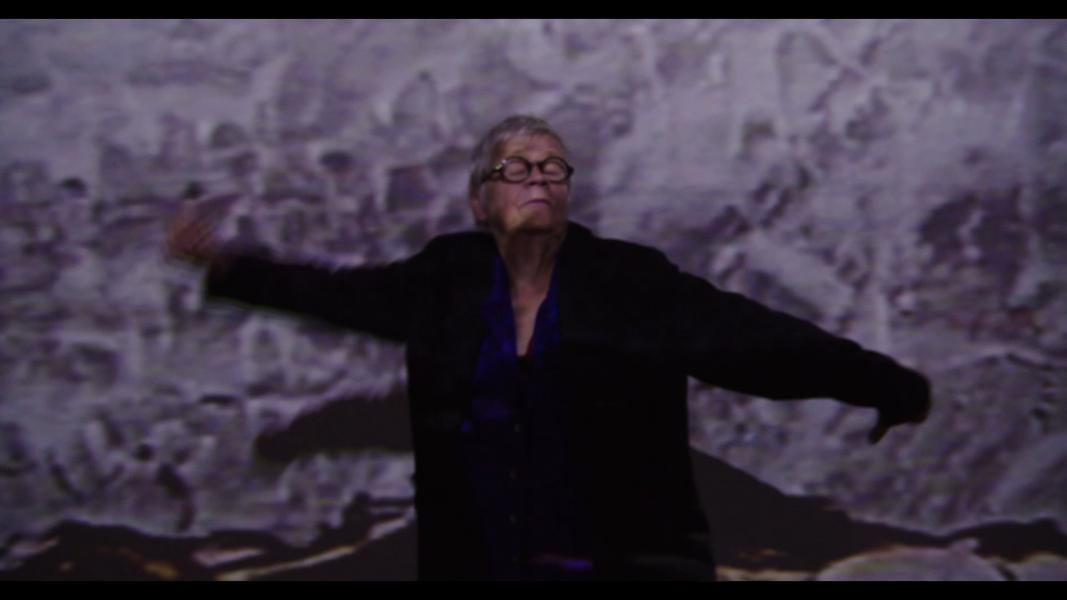 Woody and Steina: In Their Own Words and Images I.

As a reminder of the recent passing away of Woody Bohuslav Vašulka we prepared in the study room the opportunity to watch several video documentaries, which were mostly made during their trips to Czechia or Europe. On the Internet you can find hours of video interviews with them, only a small part is available in Czech. Both Woody and Steina preferred conversation in English, but they maintained the ability to speak in Czech, even after many years of living in the US. As a bonus, we add Telč videotape, which was created after their travel to Moravia in 1973 or 1974. Some of the video documents were digitized recently and are here for the first time available for public.

The cult video tape was created during one of the trips to Czechoslovakia, at a time when the Vasulkas stopped working in The Kitchen and moved to Buffalo. Telč is part of a series in which Steina and Woody experimented with a prototype of the Rutt / Etra scanning processor - together with tapes as The Reminiscence or C-Trend. This analog equipment, developed to modulate video images, was applied to transform the video footage recorded on a Portapak camera during a visit to a South Bohemian town Telč. Just as our mental images fade, the shots of landscapes and people are transformed into some kind of lines of contours. The energy of the images changes while the soundtrack remains documentary. The scanner was designed and built by engineers Steve Rutt and Bill and Luise Etra in 1973, another tool used was the Colorizer constructed by by Eric Siegel. The Telč videotape, together with Heraldic View, Soundsize or 1-2-3-4, is included in the Selected Works II compilation, and according to the processor used here, this particular visual function is named Rut / Etra Effect.

Fragment of the document of the event, organized on the occasion of the publication of the thematic issue of the Iluminace journal (2/2006) "Woody Vasulka and the Tradition of Czech Art of Electronic Image" with accompanying DVD.
Program: Guy Van Belle: “4 Miniature Homages to The Vasulkas”, Screenings from the Vasulek's archive.Discussion with art historians and artists about the friction between film and video, crossing borders and genres. Screening of The Jackie Curtis' First Television Special (1970). Installations Michal Kindernay and Jindřich Pavlíček, culinary performance by Mojmír Pukl, with sound sensors by Standa Filip.
Participants of the discussion: Woody Bohuslav Vasulka, Steina Vasulka, Louis Bec, Don Foresta, Pavel Smetana, Henry Hills, Vit Janecek, Miloš Vojtěchovský, Tomáš Ruller.

3. Interview with Steina and Woody Vasulka I.
on the occasion of retrospection of their video works at AERO cinema in Prague
Digitized from miniDV video: 68 min
Organizers: Ciant and Cinema Aero
Moderated by Pavel Smetana
Camera and editing: Michal Kindernay

4. Interview with Steina and Woody Vasulka II.
on the occasion of retrospection of their videos in the Prague cinema AERO.
Digitized from miniDV video: 31. min

A tour with Woody on ZKM exhibition.Vašulka, together with Peter Weibel, was one of the curators of the exhibition.
Camera and editing Michal Kindernay

"Skype Bridge" between Woody and Steina Vašulková and Michael Bielický and Peter Weibel from Karlsruhe
Moderated by Petr Vrána and Vít Janeček
Camera and editing:
Organized by NoD and Petr Vrána

We would like to thank to the cameramens and editors for their permission to use the study materials.
Seleced by Miloš Vojtěchovský, Lenka Dolanová and Michal Kindernay for VKB