We are creating this temporary online platform to celebrate the 50th anniversary of The Kitchen, the legendary interdisciplinary space in New York City, that Woody and Steina Vasulka were involved in production and dramaturgy from 1971-1974. Our main goal is to convey and present the artistic legacy of the Vasulkas, which was developed during these years in collaboration with a community of personalities, theorists and artists, of the original Kitchen.

During the summer of 2021, we will publish essays, photographs, and other visual materials from the archive of Vašulka Kitchen Brno, which is currently being adapted by a small team led by Barbara Šedivá and Kateřina Drajsajtlová, with the financial support of the Ministry of Culture of the Czech Republic. It is the original archive of Woody and Steina Vašulka, which contains extensive documentary material in addition to a collection of 1,252 audiovisual works. The Vasulkas have been collecting it since the early 1970s as part of the documentation of their own work and for use in the wider community of The Kitchen. For more information on the current phase and goals of the archive, please click HERE.⠀ 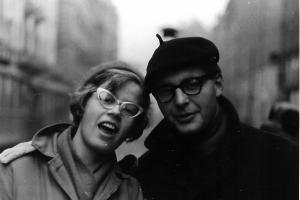 As long as we had the Kitchen we managed never to turn anybody down. We just let people slave for themselves: The Vasulkas in the interview of Russ Connor, 1970s 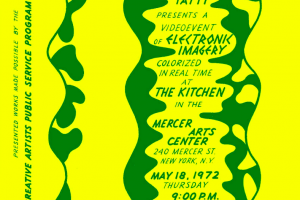 Video Events at The Kitchen: Posters and graphics 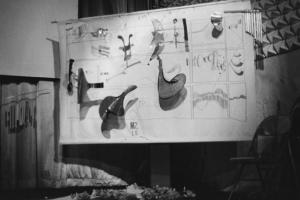 (2) THE KITCHEN: An Image and Sound Laboratory: A Rap with Woody and Steina Vasulka, Shridbar Bapat and Dimitri Devyatkin: Excerpt from interview #2, On documentary and perceptual aspects of video. 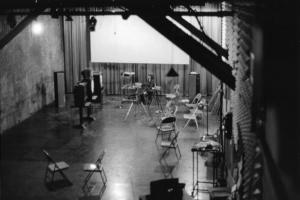 (1) THE KITCHEN: An Image and Sound Laboratory: A Rap with Woody and Steina Vasulka, Shridbar Bapat and Dimitri Devyatkin: Excerpt from interview #1, On the origins of The Kitchen. 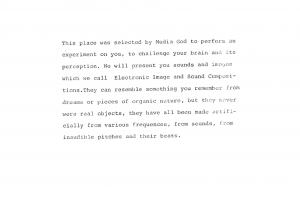 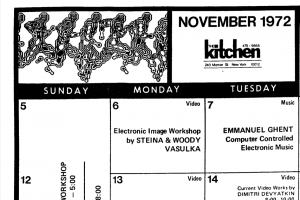 Calendars of The Kitchen: 1972 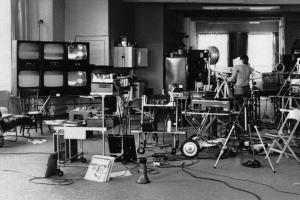 The Kitchen as a fermentation boiler of electronic art: Miloš Vojtěchovský