Presentation of a new book published by Vašulka Kitchen Brno

While the artistic legacy of Woody Vašulka (1937 – 2019) is considered an important contribution to the history of Czechoslovak experimental film, international video art and electronic media art, his juvenile literary writings were until recently hidden in the archives of the National Gallery of Iceland and in private collections. Under the enigmatic title Čeleben (the title of one of his poems), this work is being presented for the first time to the public as a book.

The publication will be presented during the one-day festival Brno Book Open in the House of Arts of the city of Brno. It will be possible to purchase this book, as well as other publications from the Vašulka Kitchen Brno publishing project, at a special discount. Special guests for the publication launch will be two of Woody Vašulka’s colleagues, Jiří Vanýsek and Karel Slach.

Ivan Palacký will read a selection of poems from the book.

The Center for New Media Art – Vašulka Kitchen Brno (VKB) regularly publishes books related to the archives of Woody and Steina Vašulka. After last year's English-language publication “A Dialogue with the Demons of the Tools: Steina and Woody Vašulka” by Lenka Dolanová, we focus now on the poetry and short stories of Bohuslav Woody Vašulka, before he began his studies at the Film School in Prague. (Vašulka was a contemporary of such established writers and poets from Brno as Jiří Kratochvil (1940), Milan Uhde (1936), Jiří Kuběna Paukert (1936), Jaroslav Mareš (1937) and Pavel Švanda (1936). In his writings, which Vašulka himself compiled in a unpublished fascicle, we find motifs which later reappeared in reworked form throughout his later mature works: war and technology, both optimistic and threatening visions of the collision of human and machines, the ambiguous relationship between the individual and society, the myth of the romantic artist, the hope for freedom and overcoming gravity, as well as a playfulness and a sense of irony. Also, some short stories and poems reflect the atmosphere of Brno in the 1950s and 1960s, and reveal appropriations of historicism, Symbolism, Decadence, Poeticism, and Surrealism.

Vašulka’s poetry sometimes reaches the boundary of parody and sarcasm, and flickering political allusions. The stories are short, self-contained reflections from childhood and youth, (including the author's memories of military service), and some remind one of a fragment from an existential novel or a sci-fi movie script. The controversial relationship between the human and the machine, for example in the texts Mlčení and Jak odchází, later became the philosophical framework of Vašulka's video and electronic media works.

Bohuslav Woody Vašulka: Sample of the writings, only in Czech 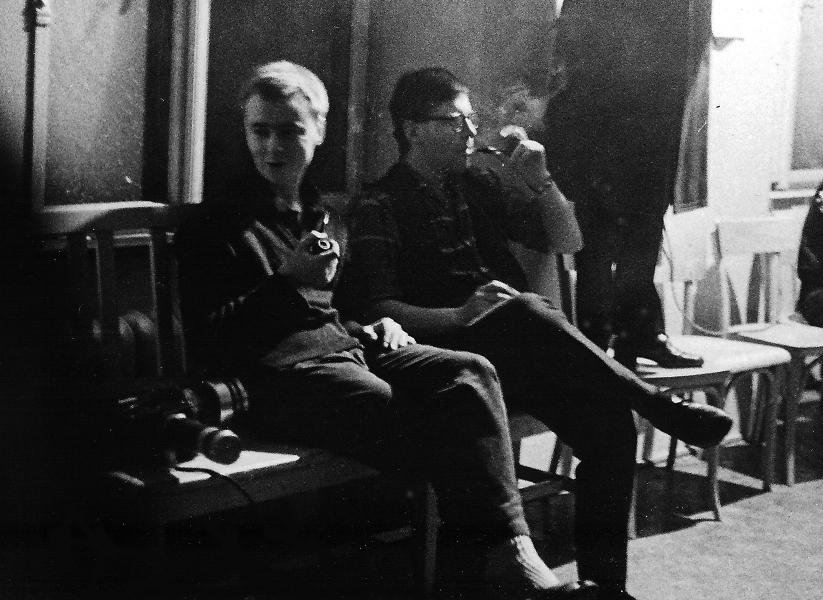