The residency of Vasulka Kitchen Brno in collaboration with Brno Artists in Residence for 2022 was awarded to Nataliya Ilchuk, whose work is anchored in the medium of film. Nataliya's work caught our attention due to its distinctive film language and the socially critical overlap of her works. We perceive the artist's long-standing theme of Ukrainian identity as essential, not only in the context of current events in Ukraine, which is why we decided to support her current project.

We also see a loose connection between the filmmaker's documentary approach and the early cinematic work of Woody Vasulka, his emigration from the Czechoslovak Socialist Republic to the United States of America and the theme of warfare from a technological and philosophical perspective that are strongly reflected in his late artistic work.

Since 2006, Nataliya Ilchuk has been making short films, documentaries and videos in which she explores the theme of individual identity and collective historical memory against the background of different social and cultural discourses. Her personal experience is based on the movement between Eastern and Western Europe, life in socialist and capitalist societies, but also the transition from analogue to digital media, the pre- and post-internet era. She perceives the movement between different political, social, and cultural paradigms as leading to the necessity to revise previous experiences and to seek a new orientation in a society that has no relation to the lived past. Ilchuk's works explore the phenomena of processes of social change and their impact on individuals through constructed fictional narratives made up of footage from personal archives, specific historical references, interweaving the past with the present in non-linear time.

During her residency at Vasulka Kitchen, Nataliya will be implementing her ongoing project, which she has been working on since before the outbreak of war in Ukraine. It concerns the long-term influx of Ukrainian labor into the Czech Republic and elaborates on its deeper political and social context, conditioned by the economic and social conditions in Ukraine. The topic of Ukrainian identity, references to its cultural past, as well as the current social situation, is one of the author's long-standing interests, which in the current geopolitical situation take on new urgent meanings.

Nataliya Ilchuk (*1985, Lviv, Ukraine) graduated from the Film and Television Institute of the National University of Culture and Arts (Kyiv, Ukraine) in 2004-2008, studied at the Wajda Film School (Warsaw, Poland) in 2012-2013, and graduated from Le Fresnoy - Studio of Contemporary Art (Tourcoing, France) in 2017-2020. She exhibits at international film shows and galleries. She lives and works in France. 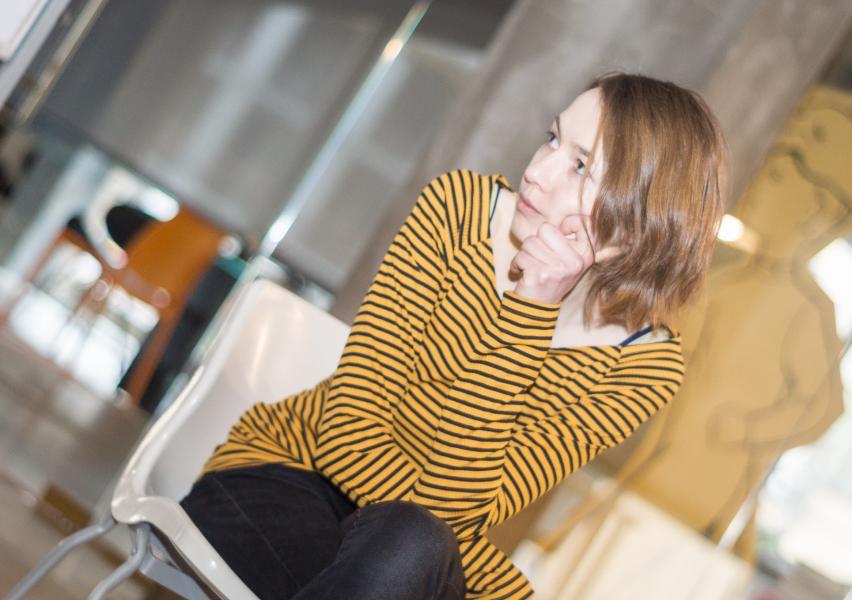