The pilot year of the Vasulka Kitchen Brno residency was opened by German artist Christian Doeller. The artist lives and works in Weimar, experiments with technology, science and philosophy, and during his stay in Brno he has been engaged in photo-optical experiments. 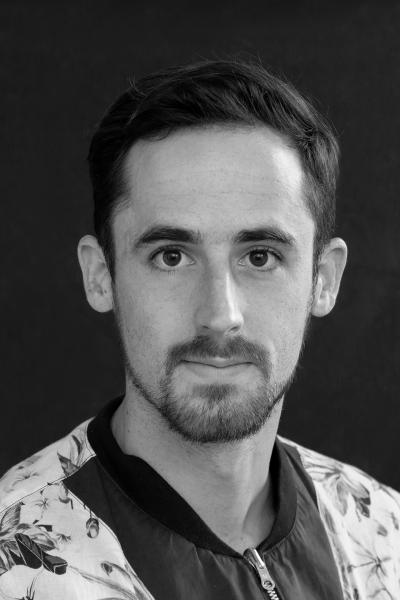 CHRISTIAN DOELLER (*1987) is a German artist who creates experimental works at the intersection of science, technology and philosophy. His works focus on how people perceive themselves in light of scientific research and technological development, and question the social implications of digitally modified environments. By creating interactive installations and machines, Doeller visualizes ubiquitous processes that are usually outside the realm of human apperception and explores the evolutionary nature of "errors" in digital systems and technology. In other projects, the artist focuses on narrative environments, performance and public events, playfully confronting our empirical skills with abstract scientific concepts and their methodology.

Doeller's current projects deal with the elementary parameters of photography in combination with digital media. The artist constructs various kinds of "exposure machines" that explore and reveal the hidden mechanisms of ubiquitous technologies. For example, the work Luminograph #1 consists of a specially modified CD player - its reading device now functions as a machine that inscribes abstract information onto photosensitive material. The following project, Luminograph X, is an interactive light installation, measuring and reflecting physical changes in a specific space. Human movement creates temporary glowing light traces on a phosphorescent canvas. During his residency at Vasulka Kitchen Brno, Christian Doeller will continue to work with similar principles, exploring the relationship between human activity and its abstract capture through digital technologies.

Luminograph X is an interactive light installation that measures physical changes in a specific space. A semi-transparent film suspended from the ceiling divides the space into two halves, allowing visitors to approach its surface from both sides. When the film is exposed to specific light, the luminous top layer allows for a temporary glowing effect. People moving in the space dynamically interact with the emerging light dependent on the luminous film and can thus interact with the machines and themselves on both sides of the installation. Any interaction results in an ever-changing light pattern that flows through the space.

Luminograph #1 is a machine that exposes photosensitive material. It was created from an unused CD player that Doeller disassembled into parts and then reassembled in a different way to change its original function.

The moving central part of the machine contains a laser diode that inscribes tracks into the photosensitive paper. This performs simple algorithms through which it tests the working range of the machine. The mechanical inaccuracies of the collage-like design interfere with these algorithmically driven processes.