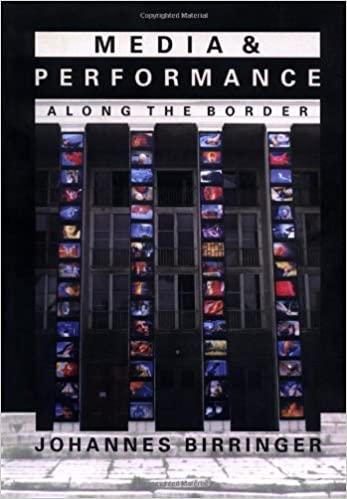 Titul: Media & Performance: Along the Border

This book examines the border line between performance and the impositions of reality. Birringer discusses the performance aspects of such political events as the breaching of the Berlin war, the destruction of Sarajevo, and gay liberation (including the act of "coming out" itself) and also shows how the dance ― a "movement of fantasy" ― has been mediated by technology and political consciousness. The blurring of this border line has been more often appreciated ― and seen as necessary ― by artists than by critics, as was seen when Arlene Croce, writing in The New Yorker, denounced Bill T. Jones's performance Still / Here for incorporating the video testimony of individuals dying of AIDS.

Birringer begins by tracing the origins of avant-garde dance and then shows how it has been transformed politically in, for example, the anachronistically utopian work of the Slovenian choreographer ivanidov; sexually, in the awkward yearning expressed in the performances of Pina Bausch's Tanztheatre company; and technologically, as in the work of the Australian performance artist Stelarc, who literally wires himself into robotic machinery and imaging equipment. Later chapters explore the creation of digital-based interactive art such as Dancing with the Visual Dervish; Virtual Bodies created by Canadian artists Gromola and Sharir or "The Cave," a virtual reality environment at the University of Illinois; the use of video in the works of performance artists such as Vito Acconci and Naim June Paik and the creation of video sculptures such as Francesc Torres's Oikonomos, which was never exhibited due to a protest by the Metropolitan Museum of Art over the artist's plan to install a video monitor on the genitalia of their copy of a statue of Zeus; and the use of video and agitprop performance in political activity, including protests by the gay activist group ACT UP and the disquieting performances of the former pornography actress and sex worker Annie Sprinkle. Birringer ends with a discussion of the continuing incursions of business into digital media, including the "imperialism of technological enhancements" as experienced in the culture of constant "upgrades" and the omnipresence of Bill Gates.